A while back, I posted about my visit to a place in Johor Malaysia where treehouses sit in the canopy of the rainforest. A few months later, I went back to help Ah Yao (founder of Rainforest Treehouse), Salim and Wira, two Orang Asli (literally “original people” in Malay language), build another treehouse. The four photos below show from start (left) to almost finish (right). 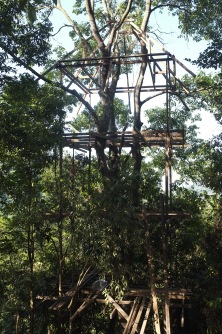 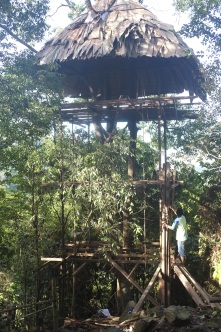 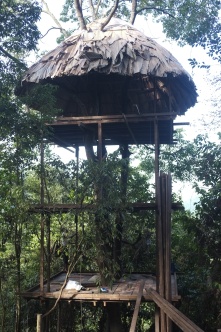 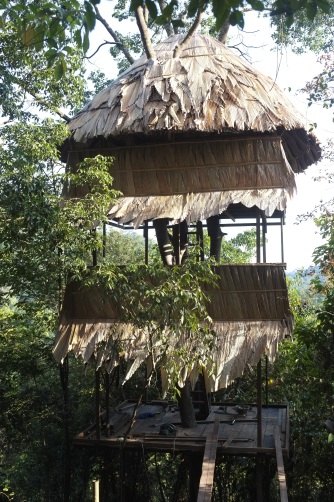 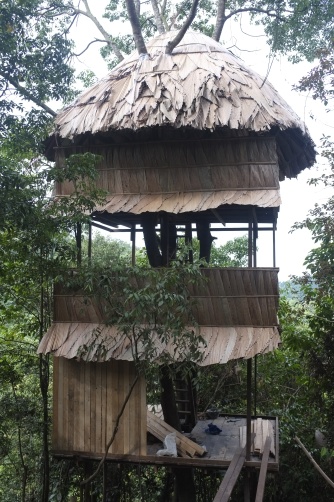 The wall not done.

END_OF_DOCUMENT_TOKEN_TO_BE_REPLACED 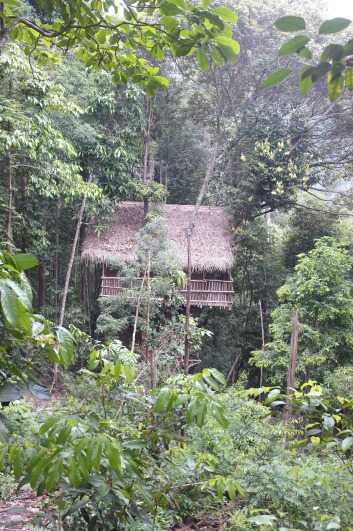 A treehouse that can sleep a dozen adults!

We tend to think of a treehouse as something for kids to hide in and spend a lazy afternoon reading. Do you know that there are traditional people who spend their entire lives staying in treehouses? We visited a place in southern Malaysia with treehouses for adults (and kids alike). It is located at the foot of the mountain Gunung Pulai.

Previously, I wrote about the traditional Malay houses of Malaysia. They are typically constructed with wood and built on stilts with pitched roofs. Contrary to the simple aesthetics, the house is highly sophisticated and designed to handle the climate of the humid tropics to keep inhabitants as comfortable as possible without the need for energy-consuming technologies like air-con.

Treehouses have existed in Malaysia for a long time as well, probably even way before the traditional Malay houses. They are the traditional houses of the Orang Asli (literally “original people” in Malay language). The Orang Asli are hunter-gatherers and reside in the rainforests of Malaysia. They can put together a treehouse with nothing more than a parang (machete), a saw, a hammer and some nails. The materials (wood, bamboo, and palm fronds) are all taken from the forest. END_OF_DOCUMENT_TOKEN_TO_BE_REPLACED